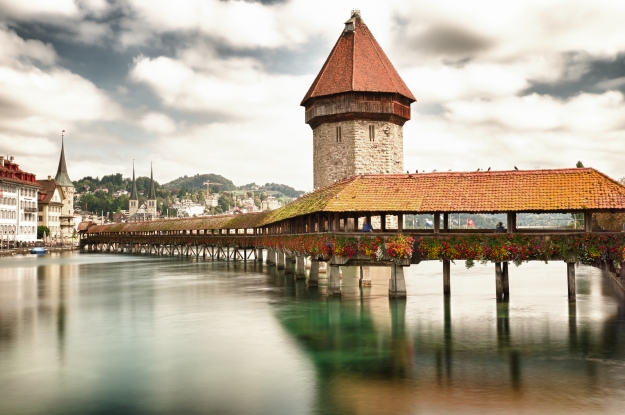 KAPELLBRUCKE, literally CHAPEL BRIDGE is a covered wooden footbridge spanning diagonally across the River Reuss in the city of Lucerne in Central Switzerland.
Named after the nearby Saint Peter’s Chapel, the bridge is unique, since it contains a number of interior paintings, dating back to the 17th century, although many of them were destroyed along with most of the centuries-old-bridge in a 1993 fire.  Subsequently restored, the KEPELLBRUCKE is the oldest wooden covered bridge in Europe, as well as the world’s oldest surviving “truss” bridge.  It serves as the city’s symbol and as one of Switzerland’s main tourist attraction. 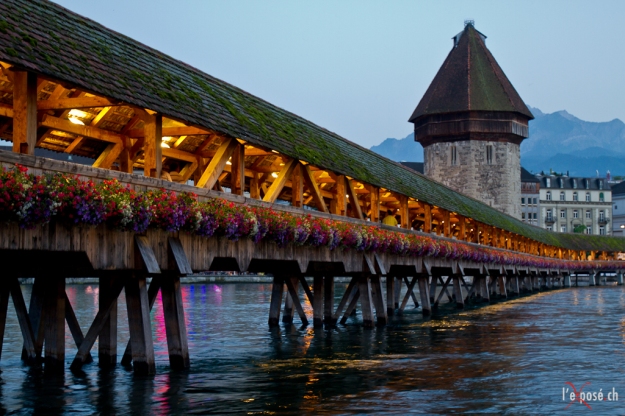 As part of the bridge complex, the KAPELLBRUCKE includes the “octagonal” 140ft tall WASSERTURM, which literally translates to WATER TOWER.  However, the tower is not a water tower, in the usual sense, but the name comes from the fact that the tower is standing in the water.  The tower pre-dated the bridge by…