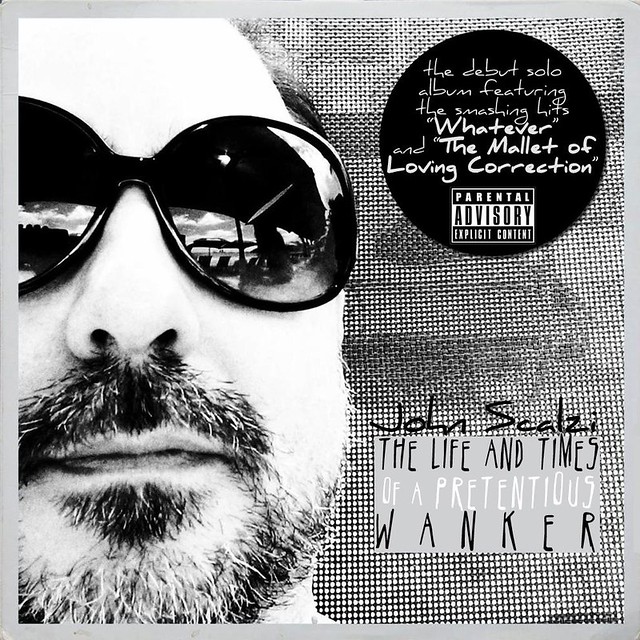 So, I posted this picture of myself with ridiculously large, Bono-like sunglasses on Twitter and noted that if I ever decided to make a solo album called The Life and Times of a Pretentious Wanker, it would be the cover photo. And, well. A fellow with the Twitter handle of “Johnny Magnum” decided to take me at my word and added a few graphic elements to the picture. The resulting “album cover” is, in a word, perfect. It almost makes me wish I had an album of music to go with it. Maybe after the novel is done.

In the meantime, this is a fine time to remind people that I do actually have an entire album’s worth of electronic music, and it’s right here. It already has a title, alas.