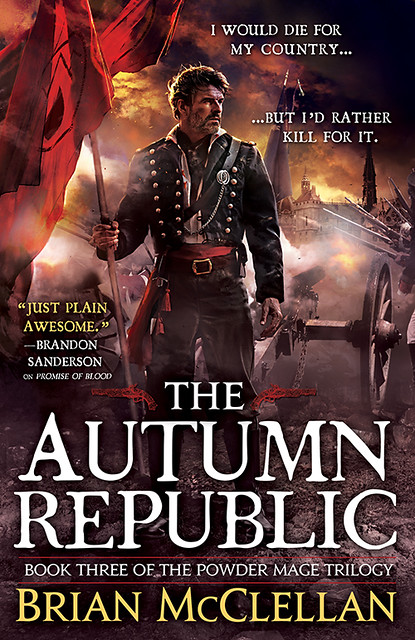 When you’ve written a half million words in a world of your own devising, it’s okay to stop, look around, and take stock of what you’ve wrought. Thus does Brian McClellan look upon his works in the Powder Mage Trilogy, here on the release of the final book in the series, The Autumn Republic. Take it away, Mr. McClellan!

As the final book in the Powder Mage Trilogy, The Autumn Republic is the climax of a five hundred thousand word epic fantasy. By now many of you are familiar with the sorcerers powered by black powder, returning gods in an industrialized world, and a nation caught in a world-class conflict. These are all the big ideas of the series, but now that I’ve reached the final book I need to stop and examine what this story is really about.

One of the biggest tropes of epic fantasy…